Four friends. One block of land. No power tools.

‘One day,’ Philip said, ‘I’d like to build something bigger…. Like a house. We could just buy a block of land, you know, the four of us, and have a go.’ It was just an idea. Then it started to take shape.

In this frank, funny and thought-provoking memoir, Richard Glover describes how he and his friend, Philip, and their partners built a house in the bush on weekends. It was a huge and exhausting undertaking…not least because they decided to use mudbricks.

‘Imagine this – with mudbrick you have a building that is made out of the very earth it stands on…. There is another thing: the stuff is free. Once we buy the land we’ll have no money left. This way we can get started as soon as we have the block.’

In the end it took three years simply to make the bricks. As for the house itself… But the process gave Richard the opportunity to examine things he had never quite reconciled to himself – big things, like what it means to be a man, the nature of male relationships, fatherhood – and to challenge himself in the kind of blokey environment he had rejected.

Above all, the mud house proved that even if it ‘wasn’t the ceiling of the Sistine Chapel’, there is nothing like the satisfaction of making something with your own hands.

Funny and Warm Story of Friendship

This was written with the same warmth and humour as Richard’s other books and there is something comforting about his view of the world. There were laugh out loud moments, especially the bickering between Richard and Phillip and it also really felt as though I was there watching the story unfold. I hope he records more of his books, as he has a lovely tone as a narrator and his obvious passion for his subject matter and storytelling really make this book. Language warning – but it didn’t bother me, rather added to the reality and humour. Highly recommend if you’re a fan of Richard Glover, or if you want to hear more of what it means to be a husband, father, friend and real man. Love it!! 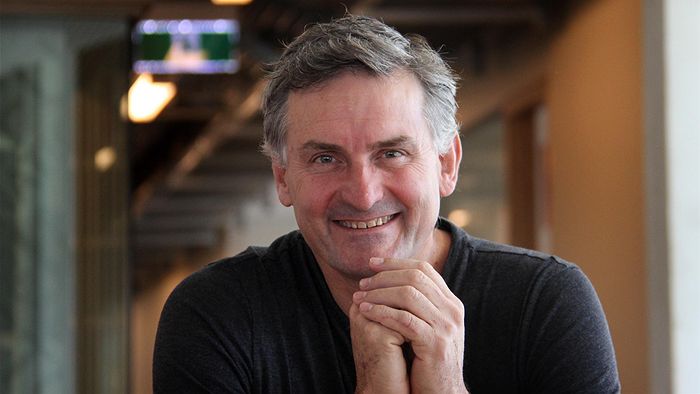